Astell & Kern SP2000 is a premium player for those who want to stand out. The level of detail is amazing: the player is sold in a wooden designer box with a genuine leather case. The set includes a USB-C charging cable, plugs for an SD slot.

It is interesting that the player for 3.5 thousand dollars still does not have a glued protective film. It is included in the kit, but the user must install it by himself. Perhaps this is a small challenge, so that the client can then say to himself: “I’m great, I pasted the film myself”.

The design is made in high-tech style. Metal, glass, copper prevail. The appearance of the player plays with the theme of diffusion and reflection of light from the body. The back of the device is made in one piece, depending on the assembly, made either entirely of metal with glass inserts, or of copper, which creates a golden effect. The color of the cover depends on the variants of the case: for stainless steel – green cover, for copper – brown.

The player looks very large in the hand and feels quite heavy. The player weighs 432 grams, which still doesn’t allow you to carry it in your pocket.

The design has retained the classic volume wheel, which is combined with the power button. On the side are three physical buttons that allow you to control playback and switch music. The memory card slot was moved to the bottom of the player, equipped with a spring to make it easier to insert and remove the drive from the device.

There is a popular expression on foreign forums: “If someone has made a player that looks like it can be estimated at 3.5 thousand dollars, then this is only SP 2000”. It’s hard to argue with that. The design looks discreet but solid at the same time.

Operating time from one charge – up to 8 hours. In passive listening mode, if you do not touch the screen and switch tracks manually, the time increases by about 1.5 times. It takes 2.5 hours to fully charge the player.

Astell & Kern SP2000 is the first player to split Wi-Fi connection into two bands: 2.4 GHz and 5 GHz. This allows you not to worry about the quality of communication in any room, because only laptops work at 5GHz, not mobile devices.

Bluetooth is similar to the previous version – 4.1 with aptxHD support.
Sound and playback features
In terms of sound quality, the SP 2000 is definitely the flagship of all players. Not to say that there are strong differences from the previous model SP 1000, nevertheless it was an excellent player in itself, but here you can notice the difference if you listen.

Bass sounds as detailed as possible. The live instruments are especially well developed. The player does not try to add anything on its own. The emphasis is on delivering maximum quality without sacrificing sound. The bass in this respect has become even deeper, the lower layers are controlled as much as possible.

The player performs best in terms of the middle frequency. This is the most natural and natural sound possible. There is no point in talking about more subtle things. The developers made an emphasis on the fact that the player should have been close to ideal and only play music “as it should”.

The upper frequency range has long been close to the ideal, even in the first versions of Ultima. They did not change it much, they just added a little “naturalness” to the sound.

The only possible drawback is that only high-quality headphones can reveal the full sound of the player. One of the best options for SP 2000 is Focal Stellia. Combined, these two devices deliver the best sound on the market. With the copper version, they match perfectly in design.

For ordinary background listening at home, the player is not very suitable. Sometimes there may not be enough power, but the main emphasis is on sound quality. If you pick up good audio tracks, complement them with high-quality headphones, you can immediately see the difference between the SP 2000 and more budget models.

Astell & Kern SP2000 is a flagship that has no direct competitors and nothing comes close in terms of sound quality and design.
The good:

Summing up, we can say that the SP 2000 is a flagship that has no direct competitors. There are models from a lower price segment, there are less demanding ones, but there is not a single device that would come close in terms of sound quality and design. 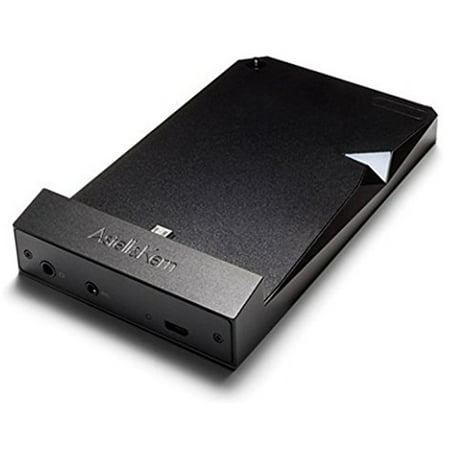