The South Korean company has just launched its new series of monitors with smart Smart TV functions. We are talking about the Samsung Smart Monitor range, a range that inherits part of the functions of the range of smart TVs from the same firm, with WiFi connectivity and compatibility with several of the most popular systems, such as Tap View, Casting or Apple AirPlay 2 to sync apple devices.

The company’s new range of monitors comes in a 16: 9 format along with  two screen sizes of 27 and 32 inches and  two types of variants, the M7 variant with panels with UHD resolution (3,840 x 2,160 pixels) and the M5 variant. with Full HD panels . Both variants feature HDR 10 support, as well as a 250 nit brightness level. It should be noted that both monitors are equipped with 5 W speakers on each side, which provides us with a stereo sound experience. 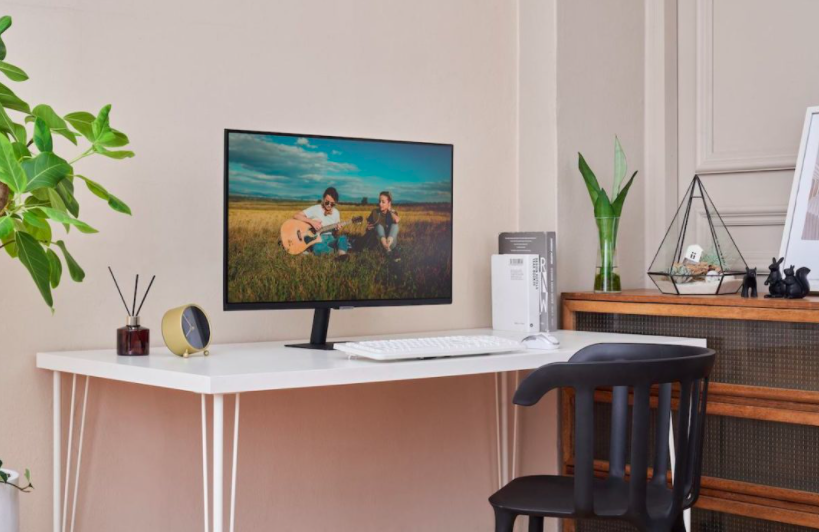 Regarding the connectivity section, all monitors are equipped with a WiFi 5 connection, Bluetooth version 4.2 and an HDMI 2.0 input, as well as a USB 2.0 type A port and a USB type C port with 65 W charging on the M7 variants . All this proposal is accompanied by compatibility with Samsung’s voice assistant, Bixby, as well as VOD to play streaming content from applications such as Netflix or YouTube.

If we focus on the system integrated into the monitor itself, the company has created an entire entertainment system that allows us to install applications as if it were a smart TV based on version 5.5 of Tizen OS. The monitor is also capable of running applications from the Microsoft office suite completely independently and without the need for a connection to a conventional computer. Compatible with Samsung Smart Hub, the monitor features Apdative Picture technology to optimize image quality and adjust brightness and color temperature based on the environment.

Samsung has announced that its new line of televisions will be available in the United States, China and Canada in the first wave of launches. It will not be until the end of this month when the company announces its plans in Europe , so today we do not have a fixed launch date.